Peter Schaale was a rock at centerback for HFX. His head was a magnet for the ball, he was rarely caught out of position, and just when you though he might be too slow he would find another gear and recover to snuff out an attacking play.

One thing we always commented on in the stands was how he played the ball long out of defense. Our little area of the bleachers was never overly impressed with the results. Every so often he'd pull one off and we'd forget that our reservations to the play. When I started looking at the league stats one of the first questions I wanted to answer was "How effective was Schaale's long ball play?"

Surprisingly, Schaale didn't play as may long balls as my memory wants me to believe. If we define "long ball" as a pass originating in the defensive third and arriving in the final third of the pitch, there are only 40 Schaale passes to be found.

Those are relatively moderate numbers. The 2.35 attempts per game really caught me off guard. It seemed like he played that ball way more often. A quick look at how he played the ball home and away shows that Schaale played the long ball much more effectively and slightly more frequently during away games. The rather dismal 15% success rate at home is probably what kept the conversation going in the stands at home games.

If you plot out the passes a couple of things stand out. First, most of Schaale's passes were down the right side of the pitch. That makes sense considering he lined up as the right center back in most matches. He did play a few passes across the pitch to switch the play, and you can see a nice cluster of successful passes to that far side. 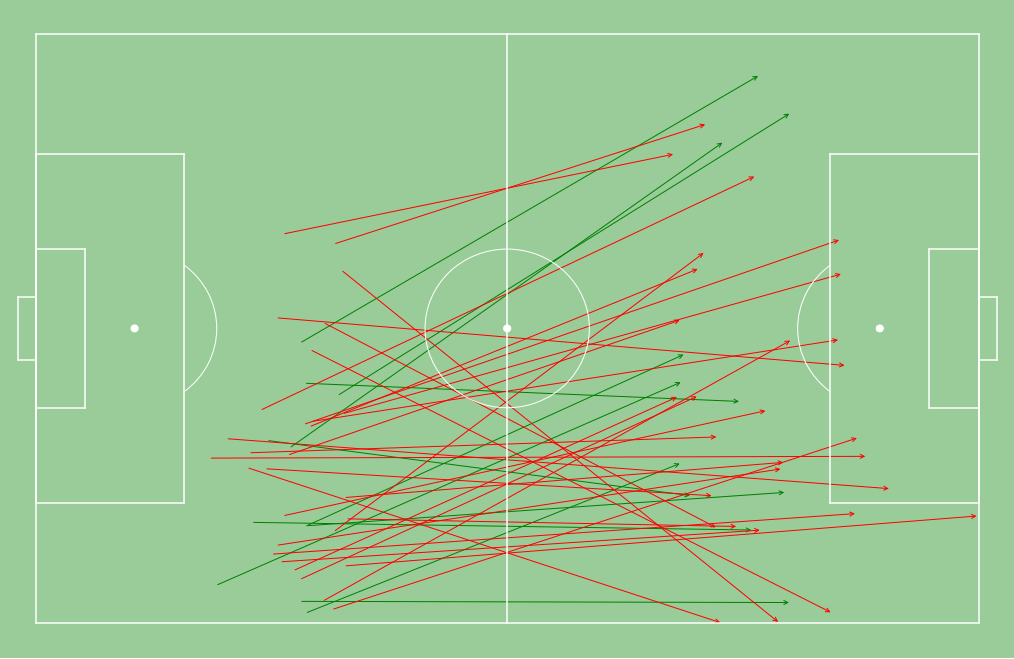 HFX plays an average of 19.21 passes per game from the defensive third to the attacking third. Peter Schaale accounted for about 10% of those passes. The team is very direct (2nd highest per game rate in the league), but not because of Schaale's passes alone.